Products About us Pricing Our data Insights Documentation

Products About us Pricing Our data Insights Documentation
Book a call 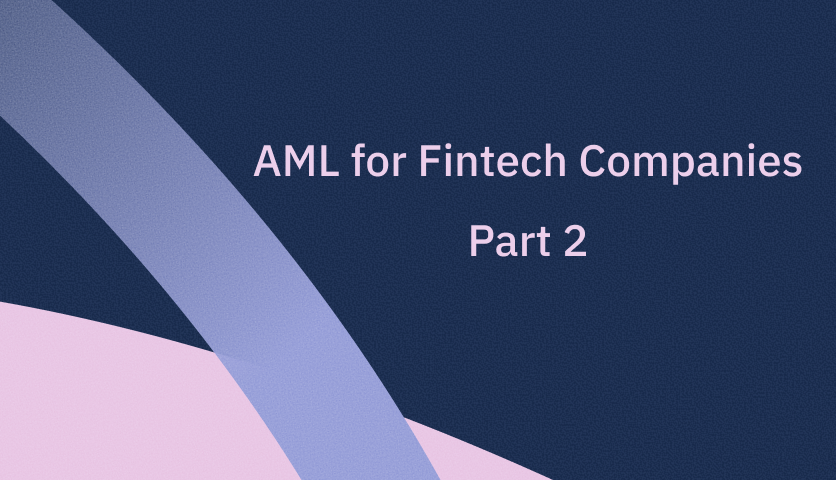 The objective of the Anti-Money Laundering Act is to prevent companies from being used for money laundering and terrorist financing. The act, which was adopted in August 2017, is intended to implement the EU’s fourth AML directive.

The Anti-Money Laundering Act is an administrative framework that applies to companies within certain sectors and different entities, including credit institutions, financial institutions, auditors, external accountants and tax advisors, legal professionals (under specific conditions) and providers of gambling services.

Since money laundering is usually conducted by international criminal organizations, there are several international organizations tasked with preventing money laundering. For example, the European Council can issue sanctions, targeting persons and entities suspected of involvement in acts of terrorism. Limits in respect of countries that companies are allowed to conduct business with can also be imposed. Currently, there are more than 25 countries that are subject to business sanctions, of varying scope, issued by the EU. In relation to some countries, such as North Korea, in principle, all business relationships are banned, while in other countries there are restrictions on the trade of certain items, e.g. in respect of Iraq, items of cultural importance.

Another international organization that works to prevent money laundering is the Financial Action Task Force (hereinafter the FATF). Sweden is a member of the FATF and works to implement the standards that FATF issues. FATF regularly issues statements on what risk factors that certain jurisdictions have with regards to money laundering.

In principle, all entities conducting business in Sweden that are subject to the Anti-Money Laundering Act, have an obligation to file an annual report to the Swedish Financial Supervisory Authority. Foreign entities conducting business in Sweden only have an obligation to send an annual report in respect of the business that have been conducted in Sweden. This means that if a branch of a foreign company has been set up and operates in Sweden, the branch only has an obligation to report in respect of the Swedish branch, not of the foreign company. The operators are required to make this report no later than on 31 March each year. The Swedish Financial Supervisory agency has published several documents with regards to what the operators are required to report.

In principle, the Swedish AML-regulation are applicable to anyone, both legal entities and private individuals, conducting business in Sweden. Hence, business operators must be up-to-date with the applicable regulations. At minimum, this means that business operators have an obligation to make annual reports to the Swedish Financial Supervisory Authority. Before conducting business with a company originating from another country, the company must be aware that there might be sanctions or other limits or restrictions imposed on such other country. There are several organizations tasked with preventing money laundering. The FATF regularly publishes reports on what type of businesses and in which geographical regions there are a high risk for laundering money. In Sweden there are mainly two agencies combating money laundering, EBM and the FP. In certain cases, also the Swedish Security Service have jurisdiction for money laundering investigations.

Ready to get started?

Explore Pliance solutions, or contact sales to create a custom-made package for your business.

Pricing that works for you

No hidden fees, pay as you go or commit to a montly plan.

Get up and running with Pliance in 1-2 days.